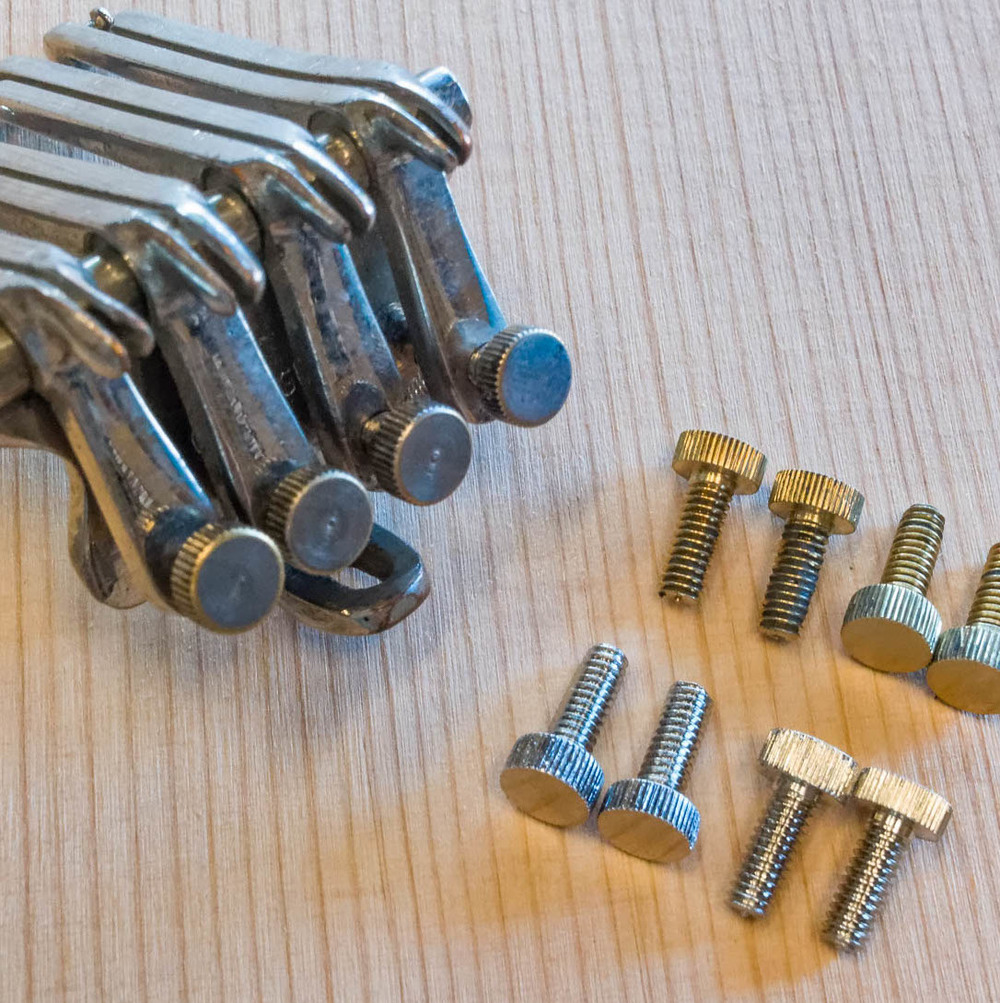 Standard equipment on B&D Silver Bell, high end Vegaphone and other great Jazz Age banjos of the 1920s, the famous Oettinger "finger" tailpiece has been sought after and copied for decades.

Also sought after are the adjustment screws so often lost from original tailpieces along the way. Virtually all the reproduction replacement parts I've seen work just fine, but generally don't have quite the look of the original. Most I've seen had "diamond" knurled grips visually unlike original Oettinger screws.

So, for reasons I've forgotten by now, in 2009, I decided to jump into the fray and make some myself.

They're available with nickel plating or in natural unplated brass, priced at $9.50 each, including shipping. Because this was a one time project, I'm not able to offer quantity discounts.

And just for fun, here's a short video I posted back then on YouTube of me making the screws on my tiny Rambold turret lathe: