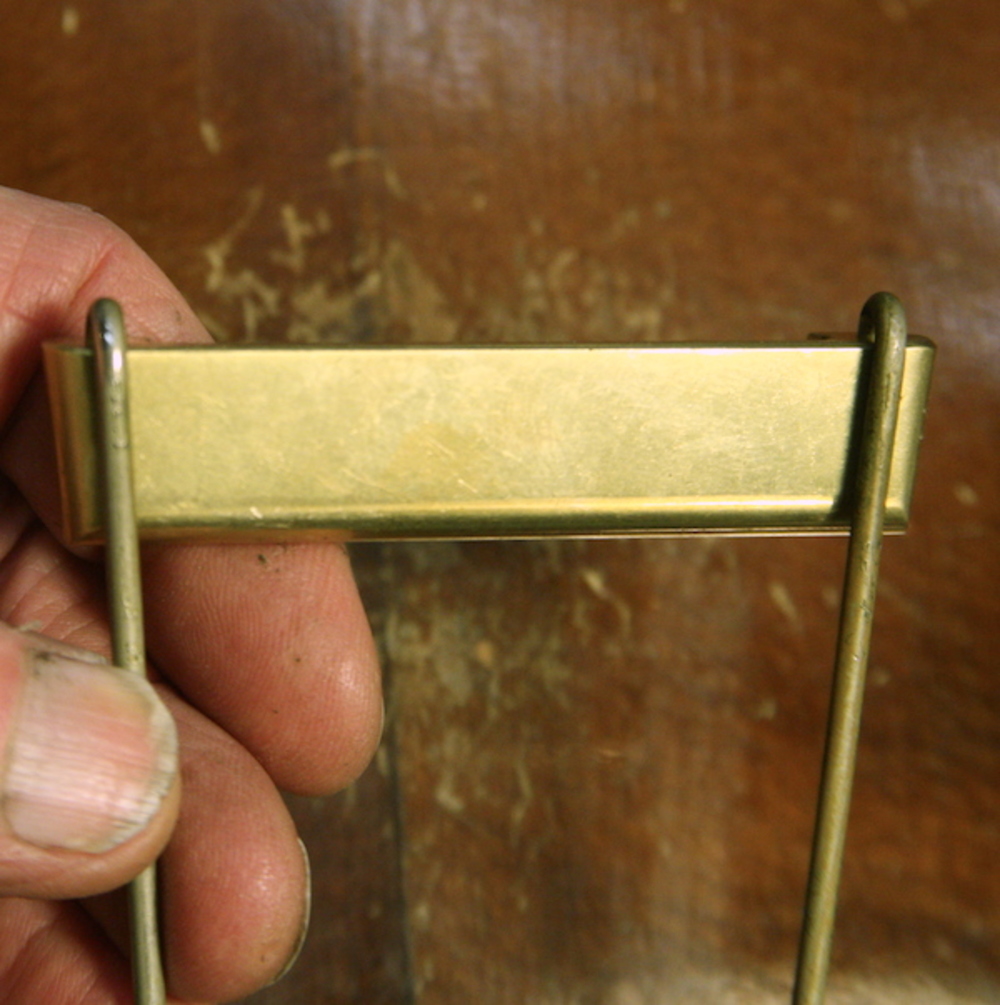 Talk about your specialty items! This one is so special that if you don't recognize it immediately from the photo, you don't need or want it. In fact, maybe I shouldn't even be telling you about it because you know all about it already.

Just to be clear, this piece is ONLY the BAR for original Gibson tailpieces from the late 1920s. It is NOT a complete tailpiece!

I machine these crossbars myself in small numbers, entirely by hand on manual equipment from solid brass, without the aid of CNC. They fit original 16-inch Gibson L-5 style guitars - the ones that haves have those really special and rather nasty tailpieces, just like the one in the photo.

The cross bars on the earliest ones are made of brass, while those of the later 1920s were cast zinc (pot metal) and had a nasty habit of bending or breaking. On either version, the strings hook on under the front edge of the bar, and actually wrap over the bar on their way to the bridge. I can't imagine why anybody would design a tailpiece to work that way, but there you have it.

Compounding the difficulty of restringing, the original bars were made such that the string barely clings on as you struggle to maintain tension, and try to avoid the string snapping around and scarring the top of the guitar. In fact most of these L-5s have scars from just that event.

My replacement bar looks just like the original from the top, and fits directly on the original tailpiece "trapeze" arms without modification. I've recessed the bottom much more deeply than the original, so restringing is a solid and easy proposition.

Here's a shot of the underside of an original tailpiece bar, with the string ball, barely clinging on:

And, here's my new one, with the ball captured in place: